Do all female rabbits have a dewlap? The dewlap is an addition loose skin that hangs from the throat or neck of an animal. The dewlap is also mistaken as having a double chin. It is located in birds, mammals, and lizards, etc.

A study conducted at the University of Liverpool by Jakob Bro-Jørgensen explores the function of dewlap. Bro-Jørgensen concluded his review by linking dewlap to an enormous male body size, which supports the thermoregulatory function. Usually, females of different species lack dewlap, and it is because they are smaller as compared to males, and dissipating heat is more comfortable for them.

Female rabbits of different breeds have a large dewlap under their chin—the dewlap found in rabbits, females, and males. The female rabbits have a more defined dewlap as compared to males.

It often occurs in female rabbits. The dewlap is not that visible if the female rabbit is spayed earlier around nine months to a year old. If they are spayed later on in life, they may develop dewlaps but much smaller than female rabbits that are not spayed.

Do all female rabbits have a dewlap?

The dewlap develops in females mainly because it has to reproduce. When the female rabbits reach the age where they can reproduce, the dewlap grows. The female rabbits line their nest by plucking hair from their dewlap. The place of sleeping and reproducing is called the nest. It is usual for a female rabbit to pull her hair out from her dewlap when she is nesting. The rabbit should not harm the skin or pull out all the hair. The veterinarian should be visited if this type of behavior appears.

Female rabbits may also use their dewlaps for warmth and comfort when it gets cold outside. This helps the rabbit keep themself warm.

An uncomfortable skin condition is a wet dewlap, which is also known as moist dermatitis. When the dewlap isn’t dry and is continuously wet, wet dewlap occurs because the skin is easily irritated and inflamed. Dewlap skin becomes affected over time.

The dewlap gets wet when drinking from a bowl, unsanitary living conditions, leaking water bottles, hypersalivation, or being overweight. Hair falling out and skin of the dewlap looking red or sore is one of the main symptoms of moist dermatitis.

The vet will trim or shave the fur or dust an antibiotic powder on the skin to prevent it. Cleaning the rabbit’s cage and using non-leaky bottles may also help stop the dewlap from getting wet.

Rabbit Having a Double Chin

Dewlaps are more common in rabbit breeds that are large, such as Flemish Giant and female rabbits. Belgian hare has a dewlap more often than other kinds. Some breeds are not allowed to have big dewlaps; these include Giant papillons, Havanas, champagne argent, etc.

Scent glands under their chin

Scent glands are found in rabbits. On the chin, rabbits have these scent glands. The scent is deposited on the object, where they rub their chin against the object. The chin rubbing can be because of itching and is also a signal to other rabbits. The scent that they release is odorless for humans as they cannot smell it. The chin rubbing of rabbits is harmless to anything they decide to rub their chin against. The scent also does not leave any residue.

Ways to take care of a Rabbit Fat Neck

This fur in her nest is the fur that she plucks from dewlap while she is pregnant. If the female rabbit is not tame, she builds her nest out the straw and then fills it up with the fur from her dewlap. If she is domesticated, then she plucks her hair for her kits in her designated nest.

Precautions for the dewlap of a Female Rabbit

Dewlaps come with health concerns for the female rabbit. The larger the dewlap, the more overweigh the rabbit maybe. If the dewlap is too large, the rabbit may have difficulty eating or grooming itself.

The rabbit being overweight leads to health problems in a female rabbit. If this is the case, the vet should be contacted for a weight loss program. The dewlap may suggest excluding treats and starchy food from the diet. Large dewlaps can be fixed from a diet plan or surgery. Usually, when the rabbit loses weight, the dewlap also becomes smaller in size.

If the rabbit is overweight or has a vast dewlap, it might experience issues grooming itself and eating, etc. At the point when a bunny can’t prepare itself, it might have extra nourishment or flotsam and jetsam caught between the folds of its dewlap.

This can make microorganisms create, prompting contaminations. If the rabbit’s large dewlap is an aftereffect of it being overweight, you may need to put it on a careful nutritional plan. In severe cases, your vet may prescribe the medical procedure to decrease the size of the dewlap.

Grooming rabbits regularly can prevent it from getting any issues. More grooming is required during the shedding season.

At what age dewlap develops in a female rabbit?

Several factors affect the development of a dewlap in female rabbits. If a female is spayed at an earlier age, the dewlap may be less pronounced than a female that is not spayed. Some breeds can develop the dewlap earlier than other breeds.

The dewlap starts to develop when the female rabbit becomes sexually mature. The age of sexual maturity differs across species and ranges from three and a half to eight months of age. The dewlap looks like a rabbit has a double chin.

The rabbits also have scent glands on the chin and leave scent by chin rubbing to mark their territory. Female rabbits pluck hair from their dewlap during pregnancy to put in her nest to provide warmth to her kits.

More abundant dewlap also indicates as a rabbit being overweight, so the vet should be visited to keep the weigh-in check and for proper grooming so that the female rabbits do not have to go through adverse effects of dewlap. 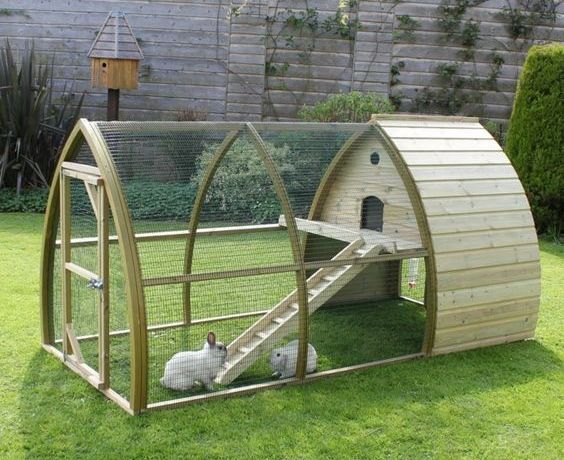 What to Put in Bottom of Rabbit Cage? 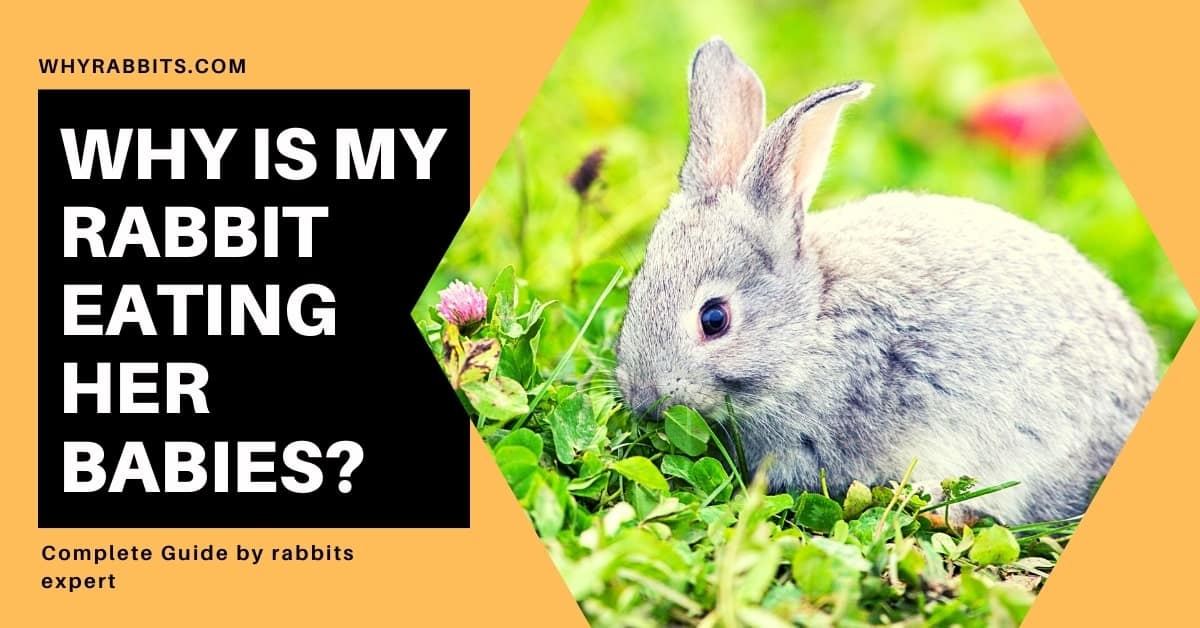 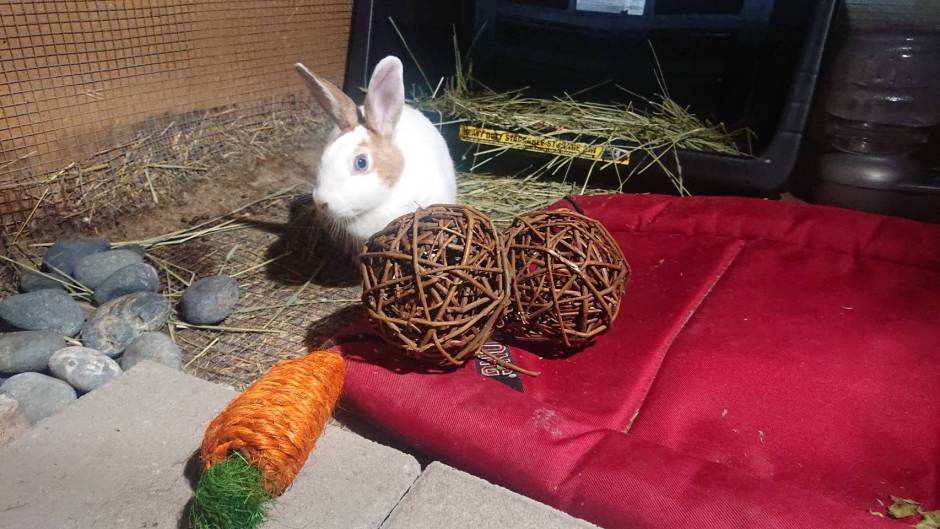 What Can Rabbits Chew on for their Teeth? 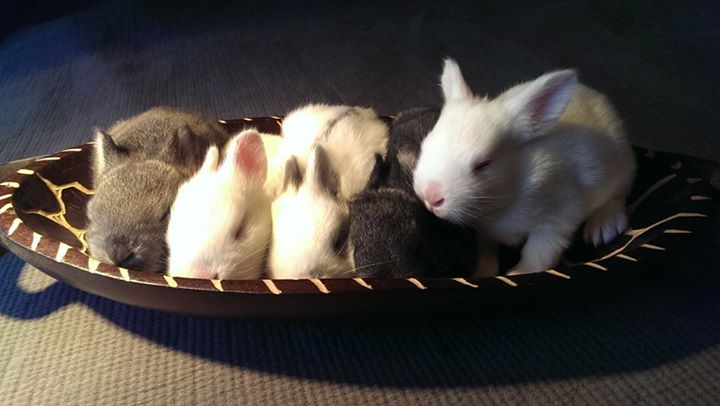 When can you separate baby rabbits from mother?